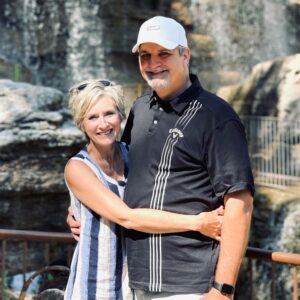 Pastor David is the founding pastor of Covenant Fellowship, which was formed by a group of godly men and women in May of 2008.  He has been in the ministry for over 35 years.   David graduated from Southwestern Baptist Theological Seminary in 1991 and from Stephen F. Austin State University in 1986.  Married since July of 1987, David and his wife Bronwyn have one daughter, Hannah, who has an adorable son, Hudson.

David is a past member of the Re-Entry Task Force for the State of Texas and ministers to the officers and staff at various units of the Texas Department of Criminal Justice.  he loves and supports the men and Women who attend Celebrate Recovery and is often seen there on Tuesday evenings.  He is a past moderator of the Associational Leadership Council for Union Baptist Association and a former Vice President for Texas Baptist Men in leading their Restorative Justice Committee. 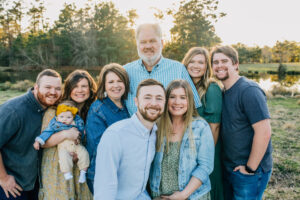 Shannon and I were married in May 1992, and have 3 beautiful daughters, Kaitlin Elise, Karlee Elizabeth, and Klaire Elaine. Shannon is the Principal at Estella Stewart Elementary School in Huntsville I.S.D. Our oldest daughter Kaitlin is a graduate of Texas ATM University (WHOOP!!- Class of 2015) and completed her Masters in Counseling from Sam Houston State University in 2018, Karlee graduated from Texas ATM University (WHOOP!!-Class of 2017) and Klaire graduated from Texas ATM University in 2022 (SOME MORE WHOOP!!) Klaire is currently working for Prosper ISD. The family also includes (3) Siberian Huskies, Maverick, Mollie, & Murphy and “Big Daddy’s” truck dog a Mini Golden Doodle named Aggy and a belly draggin’ Dachshund named Ellie!! We love DOGS!!!

Side note: “Jesus is my Saviour, Bigfoot is my therapy.

Scott graduated from Crockett High School in 1984, received a Bachelor of Science Degree in Psychology and Business Management from Texas ATM University in 1989, and completed his Master of Arts in Christian Education from Southwestern Baptist Theological Seminary in the Spring of 2007. Scotty grew up in Houston and married his high school sweetheart, Traci. He graduated from Houston Baptist University in 1990 with a double major in Christianity and Management. Scotty’s career experience includes sales and marketing with a Christian music company, development and management with homeless ministries and correctional chaplaincy.

With Covenant Fellowship, Scotty and other volunteers have launched several Celebrate Recovery and Celebrate Recovery Inside groups in the area. His work with ex-offenders and men participating in CRI focused his attention to aftercare opportunities and needed community resources for successful reentry after incarceration. Scotty is also involved with raising awareness and providing education for mental health recovery through peer support groups.

Traci is the Sonographer (Ultrasound Tech) at Care Center of Huntsville. On their time off Traci and Scott enjoy playing music, outdoor activities, boats of all sizes and bikes (with and without motors). 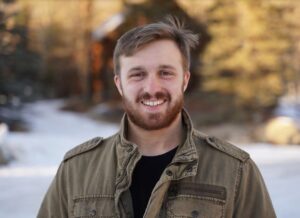 Jordan grew up in Kingwood Texas attending Second Baptist Houston where he gave his life to Jesus at the age of 8. He started leading worship in his youth group on Wednesday nights while he was in high school. He started getting more involved in leading worship in college and was asked to join the Sunday morning team at Houston’s First Baptist Downtown.

When Jordan transferred to Sam Houston State University, he helped lead worship for the Baptist Student Ministry where he was eventually connected with Covenant Fellowship.

Jordan is currently the Worship Pastor for the church and is also leading the college ministry’s bible study. 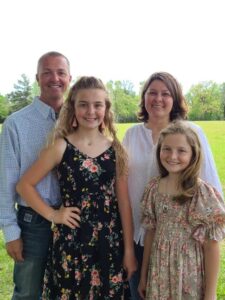 As a small town West Texas girl, I never thought I would call East Texas home.  I graduated from Texas A&M University with a Bachelor of Science Degree in Genetics, in May of 2002.  In August of 2002, I came to Sam Houston State University.  In the process of obtaining my master degree, I fell in love and God called me into the ministry.  During the third weekend in May, 2004, I graduated with a Master of Science Degree in Forensic Science, got engaged and began working full time as a Children’s Minister.  Brian and I were married in December of 2004 and now have two beautiful girls, Lillian and Madeline.  Blessed with the opportunity to be a stay at home mom, I began to serve at Covenant Fellowship part-time in September of 2012.
Email:  hideandseekcm@gmail.com 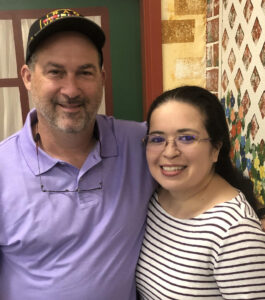 Born in San Antonio, Texas I bounced around between there and a small town in South Texas where I graduated in a class of 33 students.  I went into the hotel business at the age of 19 and I was hooked.  I went into hotel management in February 2004 and in July 2004 I surrendered my life to the Lord and my modern-day Abraham journey began.

In 2014, after my 5th relocation in 7 years, I met my husband Floyd “The Fisherman”.  We were married in September 2014.  I resigned my position with Hilton Worldwide one month before I was married.

Floyd is a retired military veteran; serving 20 years between the Navy and Air Force.  He works at Holiday World Willis in RV sales.

My opportunity to work as the Ministry Assistant here at Covenant Fellowship is an opportunity to use the gifts the Lord has given me through my journey.  I am blessed and honored to be here.